Mugshots.com owners Sahar Sarid, Kishore Vidya Bhavnanie, Thomas Keesee, and David Usdan were arrested last week on charges of extortion, money laundering and identity theft. Their online platform featured public record mug shots of those who encounter the U.S. justice system, whether on warrant or spurious charges. Those people featured in these mug shots are required to pay removal fees to get the images taken down, with some costs up to $400.

While the Mugshots.com features a Federal Credit Reporting Act disclaimer saying the information on the site should not be used for credit, employment or other decisions, the website has in fact operated as such, ruining lives as its owners pocketed more than $2 million in removal fees from desperate people featured on the site.

TrollBusters worked with our client, a White male photographer who worked teaching at a Southeastern university and doing photography for a local newspaper, who briefly dated a White woman. She ruined our client’s life using Mugshots.com imagery, imposter sites and a combination of physical stalking charges to discredit, dishonor and destroy our client’s life. We’ll call this woman Becky for short. Her full name is Darth Beckyzilla of the Digital Underworld and Keeper of the Toxic White Tears. But Becky for our purposes.

Here is Bart Christner’s story as told to two of the judges that he’d been hauled in front of by Becky. TrollBusters worked with Bart to present his case to law enforcement, the courts, employers and others to regain his reputation. MugShots.com preyed on people like Bart Christner and exploited his reputation for their profit.

Today, Bart’s photo is still on Mugshots.com, right where the mug shots of Sahar Sarid, Kishore Vidya Bhavnanie, Thomas Keesee, and David Usdan should be. As of this post, Mugshots.com has stopped updating its website.

Bart’s Story: Tarred and Feathered for Life:
Bart Christner and the Mugshot.com Effect 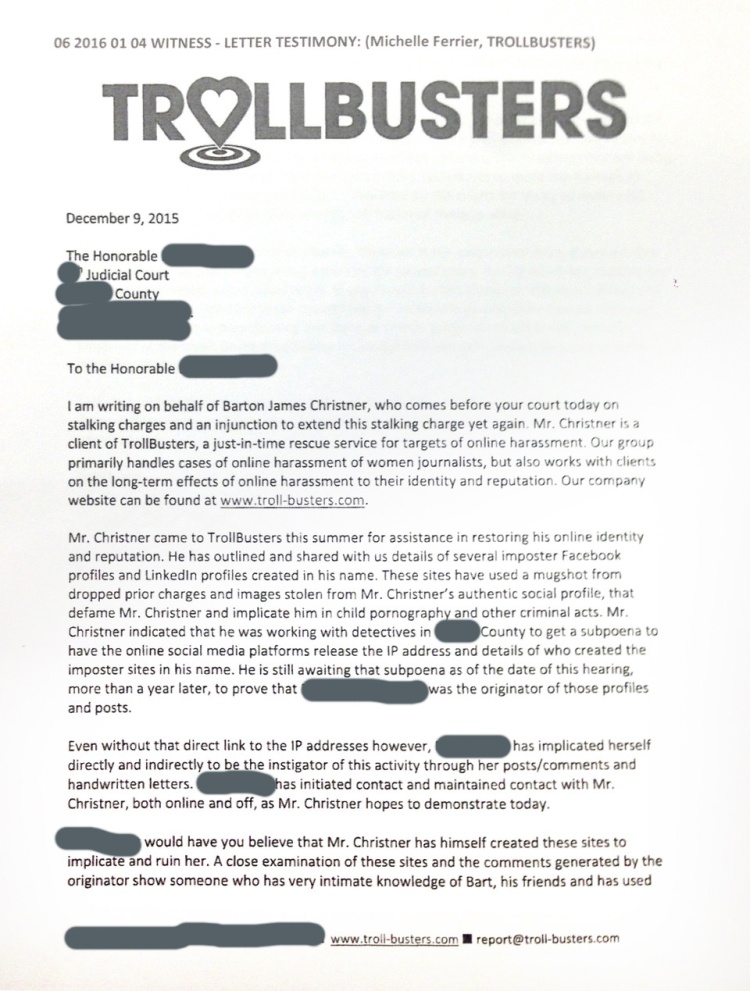 Letter to the courts on behalf of TrollBusters’ client, Bart Christner.